For any lady out there, feeling appreciated by any brand regardless of your size is incredibly impressive. With so many different innerwear brands in the market, it is difficult to choose the perfect one hence this comparison between Knix Wear vs Third Love.

Both Knix Wear and Third Love were founded in the same year. These lingerie companies have brought change and diversity to this multi-billion dollar industry.

However, each one of them has worked in different ways to reach their current success levels. An exciting insight about the two companies is that they were formed and built by women who felt left out by the lingerie companies in the industry.

The move they made is what has built the industry to what it is today. They have boosted women’s self-esteem who can now feel comfortable and free in public.

Knix Wear is a Canada-based company founded in 2013. It is famously known for the creation of leak-proof underwear. The product earned them a spot in the market as one of the most outstanding companies in the apparel industry.

The company has experienced 150% growth in the last five years and was named the 6th fastest growing company in Canada with a 3800% 3-year growth rate. The change it has experienced in such a short time is attributed to its diversified nature.

Over the years, the company has photographed over 1000 clients whose ages range from 21 to 81 and sizes 0 to 22. These figures and variations in sizes depict the company as being diverse in terms of the age and size of its clients.

The goal of the Third Love company was to produce women’s underwear that would provide quality and comfort for all women without any boundaries. The company has lived up to its initial goal.

Third Love is best known for its high-quality products, which also serve their purpose as being fashionable. Despite being in the industry for a few years, they have achieved inclusivity and diversity.

One of the most prolific and successful innovations Third Love has engaged in was developing half-cup sizes. Their data revealed that about 37% of the ladies did not fit well in the range of cups they had thought to be.

Third Love and Knix Wear possess some similarities that make them a great choice to buy lingerie and have some differences that give them a competitive advantage over the other companies.

Other than the fact that both of these companies came to life in the same year, other similarities between Third Love and Knix Wear include:

These companies offer inclusivity and diversity for all people regardless of their age, size, race, natural body occurrences, etc., as a weapon against their industry’s competitors.

Third Love, for example, has been involved in ensuring that people can access the right size bra through their FitFinder quiz, while Knix Wear has addressed women’s menstrual hygiene by producing leak-proof underwear.

Both founders and CEOs started the companies to address the problems they were facing in the industry. Some of their woes included the fact that they couldn’t find the right bra size for themselves.

These ladies took their frustrations and dissatisfaction at heart. They made a major decision that would ensure that no other woman suffered out of the negligence that had been in the industry and, for this reason, by starting companies that bring sanity to all ladies.

Both Third Love and Knix Wear have taken into great consideration marketing their products on different online platforms. Third Love, for example, has been able to popularize the half-cup size bra through its online marketing strategy.

Knix Wear also has conducted a total of three online campaigns to market its products. This strategy, surprisingly, gained the world’s attention, and in 2017 the company raised over $1 million from one of their online campaigns.

Both Knix Wear and Third Love are successful lingerie companies in the apparel industry. However, these companies have had their “product of fame”, which is the most distinguishing factor.

For Knix Wear, their famous product was the leak-proof underwear that addressed menstrual hygiene, an essential factor for women, although the company is still involved in bra production.

For Third Love,  this item has been the half-cup size of bras which helped address the discomfort due to wearing the wrong size bras.

When to Choose Knix Wear Over Third Love? 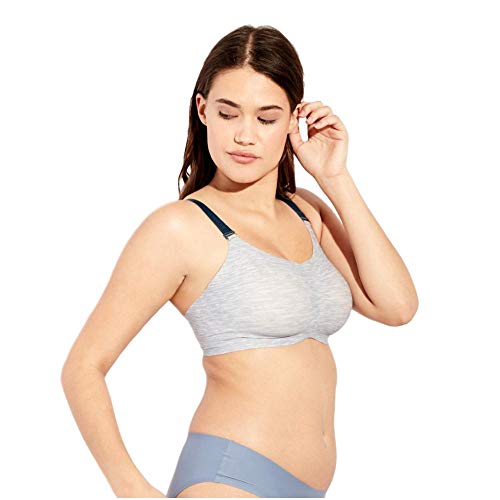 As mentioned earlier, besides bras, Knix Wear has produced leak-proof underwear, which has been the signature product that earned them a lot of popularity in the apparel industry. 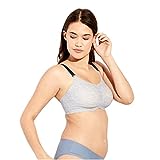 The issue of menstrual hygiene in ladies has had a lot of progress due to increased advocacy from different key players in the industry, such as Knix Wear.

This company’s global attention is quickly gathering as a rising company is attributed to its excellent leadership. Therefore if you are the type that purchases products out of the company’s progress and principles, this is a perfect choice for you.

When to Choose Third Love Over Knix Wear?

Third Love is a company that has grown and progressed very fast since entering the apparel industry, thanks to its online projects, especially the online FitFinder quiz, which increased its popularity in the market.

The ethics that the company has been able to maintain are also notable progress. The company has kept out of controversies, even in their feud with Victoria’s Secret in 2018.

The company addressed the issue, and through their letter addressed to Victoria’s Secret, it was known that, unlike them, Third Love is a diverse company that embraced inclusivity and respected women’s sexuality.

These companies have played critical roles in putting the lingerie industry where it stands today. However, Knix Wear has an upper hand. Its role in maintaining menstrual hygiene, a critical aspect that gives women more power and confidence compared to that instilled by a woman’s bra size.